(1) Therefore seeing we have this ministry, as we have received mercy, we faint not;
(2) But have renounced the hidden things of dishonesty, not walking in craftiness, nor handling the word of God deceitfully; but by manifestation of the truth commending ourselves to every man’s conscience in the sight of God.

Verse 2 informs us that the ministy demands honesty.

So much of what I see explained here fits who Paul used to be. A Pharisee. How hypocritical and dishonest they were.

Paul no doubt thought of this as he penned these words.

How awful the guilt must have been for Paul as he thought back on how he had blinded the eyes of fellow Jews by handling the word of God deceitfully. He helped in the stoning of Stephen, He hunted down the followers of this radical new worship of Jesus Christ to kill them, He blinded the eyes of many with his deceitfulness.

In this verse, Paul was saying, “I’m compelled to change all of that, for I have received a more glorious ministry.”

The minister is to renounce the hidden things and secret things.

All the hidden sins and secret faults are to be renounced.

Why? So I can minister to others.

I can’t expect the light of the glorious gospel to break through the veil of unbelief if my light is darkened. The minister of the gospel (i.e. every child of God) is called to be open and above board.

The unfruitful works of darkness is the walk of unregenerate man. It is the way of the lost.

Our walk is to be the walk of Jesus. 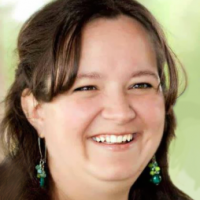